April 10, 2015 – It’s final: The Florida Supreme Court has ruled that it is the Unlicensed Practice of Law (UPL) for Medicaid planners who are not lawyers to engage in Medicaid planning activities.

Except for licensed attorneys, nonlawyer Medicaid planners who advise Florida Medicaid applicants on how to structure their income and assets in order to become eligible for Medicaid benefits are practicing law without a license.

UPL is a third degree felony in Florida, punishable by up to five years in prison.

The need for this advisory opinion arose from the rapid spread across Florida of non-attorney Medicaid planners. Some of these non-attorneys market themselves as “experts” and “specialists” to seniors and their families, for the purpose of making seniors financially qualified for nursing home Medicaid.

There is no state or federal agency to license and regulate Medicaid planners. So while someone might hold a professional license to sell annuities or practice financial planning, that license does not authorize the person to practice Medicaid planning legal activities.

Who does this Advisory Opinion protect?

Medicaid planning involves some of the most vulnerable groups of individuals in Florida: elderly individuals, and individuals with severe mental and/or physical disabilities.

Great harm can be caused to seniors, those who are disabled, and their families and caregivers, by individuals who practice law without the proper training, licensure and accountability.

Please take a moment to learn how the Unlicensed Practice of Law as it relates to Medicaid planning affects our elders, and how it has evolved into a delicate yet vital mission for Elder Law lawyers to advocate for and protect Florida’s seniors and the disabled from dire financial and emotional harm.

What Medicaid planning activities are UPL when practiced by a non-lawyer?

The Advisory Opinion states clearly the rules whereby a non-lawyer crosses the line into the practice of law. A non-attorney individual may not:

What Medicaid planning activities can a non-Lawyer legally do?

What is the potential for harm to the public?

Who are non-attorney Medicaid planners?

Individuals and companies with no license to practice law, yet stake their claim as Florida “Medicaid planners” run the gamut.

Documented reports of non-lawyers who engaged in Medicaid planning activities include:

The advisory opinion also targets Medicaid planning companies that allege to have relationships with lawyers who draft the legal documents for the company’s clients.

When lawyers themselves affiliate or collaborate with non-attorney Medicaid planners, many ethical and legal issues arise. Attorneys run the risk of crossing the line of the rules of professional ethics.

The Florida Supreme Court now holds that such companies would be engaged in UPL activity unless:

As of 2014, there was an estimate that there may be up to 600 non-lawyers and various “Medicaid Planning” companies throughout Florida.

Referring Sources – has someone advised you to retain a non-lawyer Medicaid planner?

In my years of experience as an Elder Law attorney, I have seen cases where those in need of Medicaid assistance were referred by various trusted sources—e.g., social workers, nursing home administrators, hospital discharge planners—to non-lawyer Medicaid planners.

Both referral sources and seniors who retain a non-attorney for Medicaid planning purposes should be aware of the possible issues associated with their actions, however unwitting or mindful their actions may be.

“Whoever commits any criminal offense … or aids, abets, counsels, hires, or otherwise procures such offense to be committed … is a principal in the first degree and may be charged, convicted, and punished as such…”

Therefore, it is critical that everyone—those who work closely with Florida’s seniors and those in need of Medicaid planning assistance—know how to protect themselves from the risks of exposure to liability.

Protecting Your Own Legal Rights

What about Florida DCF employees? Can they legally help me with Medicaid Planning?

Yes. As a state agency of Florida, the DCF can legally help you. DCF non-attorney staff have an affirmative duty to assist Medicaid applicants and tell them about planning tools and options. Therefore,

It has taken nearly five years to achieve this critical opinion, from the initial discussion about the advisory opinion, to the final Court action in April:

Who We Work With

Get Your Free eBook Now! 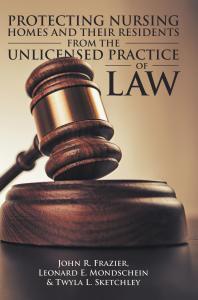